Be Sure to catch our next public show: Feb 4 - Bank Of America Performing Arts Thousand Oaks 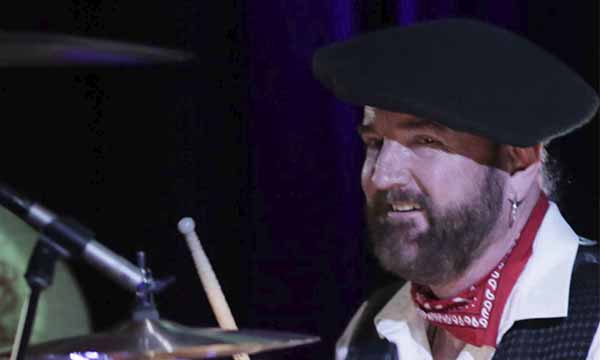 Kenny Burns as Mick Fleetwood has a great drumming style and energy that is an important contribution to this ultimate tribute to Fleetwood Mac.

As the drummer and co-founder of Fleetwood Mac, Mick Fleetwood has also acted, published written works, enjoyed a solo career and opened restaurants in Alexandria, Virginia and Hawaii. Born in Redruth, Cornwall, Mick lived in Egypt and Norway through much of his childhood since his father was in the Royal Air Force. He traveled to London at the age of 15 to pursue his musical interests. This is where he met Peter Green, Jeremy Spencer and Bob Brunning to start the first iteration of Fleetwood Mac. His name combined with John McVie’s was the inspiration for the band name.

The group moved to the United States in 1974 after several albums and member changes. This is where Fleetwood found Lindsey Buckingham and Stevie Nicks and asked them to join the band after Bob Welch’s departure. This contributed to much of the band’s success including the “Rumours” album. Mick played a large part in keeping the band together through all the drama occurring between the member’s relationships. To learn more about Mick Fleetwood, click here to go to his Wikipedia page.

Kenny is a huge Fleetwood Mac fan, growing up in the New York city area, he listened to all the Fleetwood Mac albums front to back constantly and he is very honored to be playing the part of one of his biggest heroes: Mick Fleetwood. Throughout his career Kenny has toured the world several times playing drums for dozens of multi platinum artists such as members of The Rolling Stones, Beach Boys, Danny and the Juniors, Vicky Sue Robinson, Nelson, Crystal Ship, David Bowie, Motorhead, and The New York Dolls just to name a few.

Kenny Burns as Mick Fleetwood is an important member of the great rhythm section for this ultimate tribute experience.